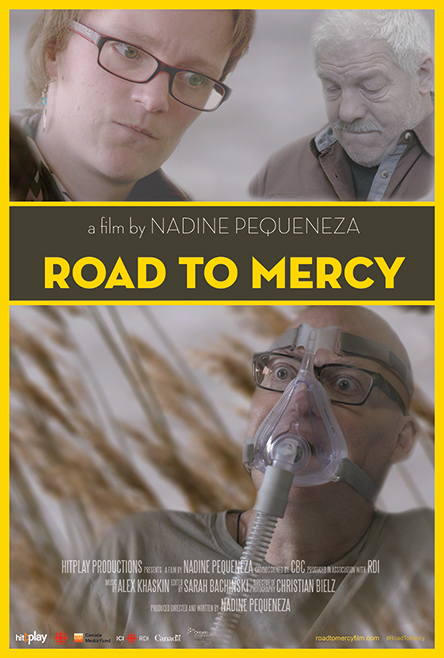 Road to Mercy documents Canada’s journey into the furthest ethical frontier – a place where doctors are allowed to take a life and where society must decide on the circumstances under which they can. Through the stories of patients who seek medical aid in dying and the committed physicians who agree to help them. Road to Mercy chronicles Canada’s first legal doctor assisted deaths and peers into the extreme boundaries of this practice. Following stories in both Canada and Belgium, where assisted suicide has been legal for more than a decade, Road to Mercy reveals the moral and ethical quandaries at the heart of medical aid in dying.

Produced by HitPlay Productions in association with CBC and SRC, and with the participation of CMF, the Canadian Film or Video Production Tax Credit, and the Ontario Media Development Corporation Film and Television Tax Credit.