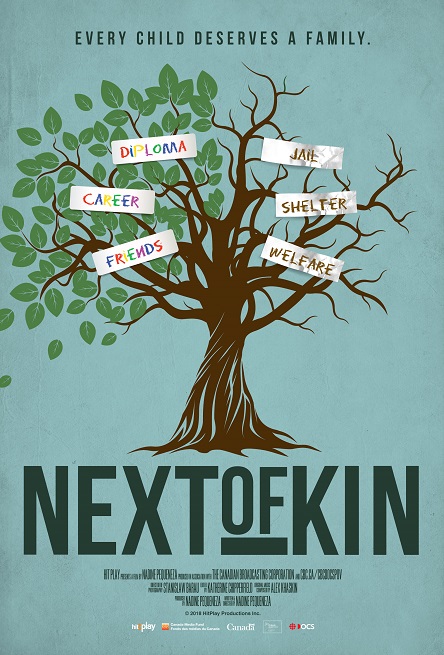 More than 60,000 Canadian children are growing up in foster and group homes. Most stop receiving support when they turn 19, and compared to their peers youth aging out of care do not fare well. The majority drop out of school, suffer PTSD and substances abuse, end up on welfare, in jail or homeless. But what if one family connection could alter their future? In Next of Kin Jacob and Tahylour, two youths impacted by the child welfare system, search for their biological families with the help of an innovative program at St. Catharines’ non-profit RAFT. Their stories teach us about the lasting scars of broken families and the urgent need to improve our child welfare system.

Produced by HitPlay Productions in association with CBC, and with the participation of CMF, The Canadian Film or Video Production Tax Credit, and the Ontario Media Development Corporation Film and television Tax Credit.