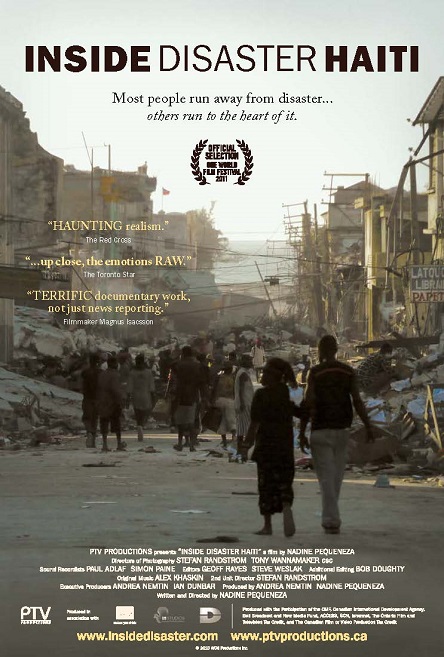 Inside Disaster Haiti follows the disaster relief teams of the Red Cross as they mount the largest single-country response in their history. Filmed over six months, this gripping documentary goes behind the headlines to document an emergency relief operation from first response to recovery. Embedded in the Red Cross base camp, the story is a first-person account told from the perspective of key players on the Red Cross emergency response team. Through their struggles, passion and determination, we explore the profound and complex role of humanitarian aid in disasters.

Produced by PTV Productions and HitPlay Productions, in association with TVO, Canal D, SRC, Access, iChannel and with the participation of CMF, CIDA, the Bell Broadcast and New Media Fund, the Canadian Film or Video Production Tax Credit, and the Ontario Media Development Corporation Film and Television Tax Credit.